During the 2015-2016 season the Lady Dragons have never been more focused and they were driven to set the Volleyball team on a new path. Losing their first game (non-conference) to Indiana high school sparked something in them that all the other years didn't have. After that game they were determined to turn it around. Soon after they won game after game. Getting better and better with every win and the support from the students, and family was icing on the cake. Finally; all the blood, sweat, and tears paid off when they were announced 2015-2016 HERITAGE CONFERENCE CHAMPIONS. They thought," what could get better than this?" Shortly after that, the question was answered. When they held the title of DISTRICTS 6 CHAMPIONS. No dry eyes were in the Lady Dragon student section when the volleyball team realized what just happened. Some say it was the best day of their lives. It is unbelievable how far a team can go with the drive and dedication these girls had. But, everyone will tell you that they will never forget the Lady Dragons Varsity Volleyball team of 2015-2016. 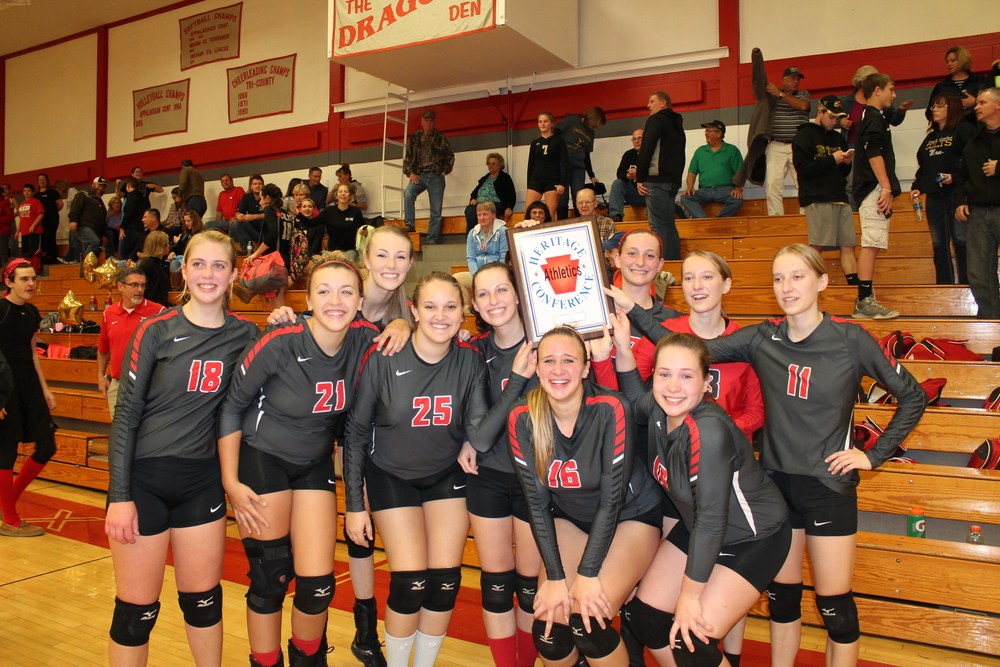